While we continue to work on new personal growth and development articles to motivate and inspire our readers, we wanted to show off a few of our newest custom designed gift products available in our merchant stores at Zazzle and Cafe Press. We have also recently opened two new websites as part of our efforts to support and promote the art and photography by us and the many other fine, talented designers that make a living from their creativity.

Gifts Corner - https://sites.google.com/site/rgpgiftstore
Welcome to our Gift Store, where you will find everything from humor to fine art! Do you have unique friends who appreciate something creative? The person that has everything? Look no further, our selections are some of the most unique and creative designs we've found! From phone cases to commuter bags, jewelry, funny keychains, coffee mugs, even pillows, you'll find the best of the best here! Shop till you drop, we're open all night!

Our selection of unique gift design items are chosen from hundreds of individual artists with millions of interesting and personal creations.

The Paper Cut - https://sites.google.com/site/rgppapercut
Welcome to The Paper Cut where you will find our personally chosen selection of stationery and stationery products. From post cards and invitations to postage stamps and address labels, if you're looking for unique, personal or one of a kind custom designs then you have found the right place.

Our selection of unique gift design items are chosen from hundreds of individual artists with millions of interesting and personal creations.


We hope you enjoy our selection of custom design gifts!

$50.95 - Red White and Blue Patriotic Theme Galaxy S4 Covers - Red, White and Blue USA Patriotic theme. White stars on a navy blue background, with red and white stripes. Button for initial, easy to personalize. Are you a Patriot? Just love the good old US? Born on Independence Day? This is for YOU!

$39.95 - Sports Balls Sandals - Sport Lovers! A theme for anyone who likes competition sports! A mix of different sports balls! Softball, Baseball, Soccer, Volleyball, Basketball, and an 8 ball from a Billiards set. Soccer is also known as Football in countries other than the United States. Great for coaches, players, or sports fans! $39.95 - Baseball Flip Flops - A white baseball, dirty from being played with, stitching faded but still red. 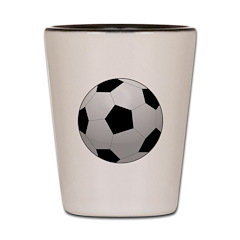 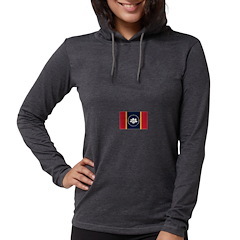 Posted by RGebbiePhoto at 10:28 PM No comments:

People tell lies all the time. It’s part of the coping mechanism we have to get from one day to the next. We settle for things, and make due because we don’t want to cause waves or alarm people around us. But the fact is, those lies are the things that damage us the most.

A few years ago, Robert and I were in a discussion, and he told me those words that everyone hates to hear. “I have something to tell you, sit down for a minute.” I took a seat, and waited, patiently. I had complete trust and faith in him, he was my husband, and my best friend. He said he’d lied about some things, and they were weighing on him, and had been for a number of years. As he started unburdening his lies, his face started relaxing. Years started pouring off of his features. They weren’t huge lies, just “truths” he’d told himself so many times that he believed they were so. The real reasons why he had taken actions on things, instead of the “story” he’d told everyone else. Our relationship was solid, he tried so hard to be the better man this time around. But as he went back in his life, his teen years, down to his childhood years, he fell to his knees with the stripping, and he became that child.

When he describes it, it was like he was immediately transformed into light and love, and he saw all of creation around him. He saw the stars, he saw the reasoning for existence, he saw all of truth. Like a brick wall slamming into him, he had instant knowledge of life. He could feel the earth breathing beneath him, he could see the movement of natural flow. He could hear people miles away in their homes, living their lives. He could defy the natural laws and do things I cannot describe here. It was a very magical time, in the true sense of the word “magic”.

For me, it was a different story. I felt the swoop, felt the pull, yet I was still anchored to this reality. I was his lifeline to this reality, and yet, I didn’t want to be. I wanted to go with him “full fare” on this ride. I wanted to experience this with him, but knew it wasn’t possible. Yet, we were more connected than I’d ever felt, I felt as if half of me was here, while the other half was floating away with him. I still had to deal with this reality, our bills, our meals, our day-to-day. He crumbled, he could no longer speak, could not communicate in anything but gibberish. But I heard his mind, I felt his heart. I knew what was happening, and I was excited for both of us. We connected to each other in such a deep and spiritual level, I cried because I knew others had no clue to the beauty I felt. And it was beautiful. It still is. I closed my eyes and saw the Universe, the stars, the “full scope”. I was in his mind, he was inside mine. We were One.

But, being the reality-based mind, I had to see things from the outside perspective. And it was frightening. I could have taken him to see a doctor, but drugs and therapy were not going to help him. This was a spiritual ride he was on, and he needed to feel it the way it was hitting him. So I took care of my husband. We had cleared our schedule of anything pending, we were both working from home at the time, so it was real easy to cancel outside appointments and push off friends, claiming we were swamped and working. But that also meant I had no help, no one to call on for advice, no one to help take care of my 6’4” 200 lb child. And he was a child. He wanted to touch, to feel, to experience things. I had to rein him in, to keep him safe from outside, to make sure no one would interrupt the epiphany. To be honest, his personality shattered into four distinct entities. I was able to talk to all of them, and together, we put him back to one solid front. But it was a good three months for him to be stable enough to be in the company of others, and even then, it was only for short periods. He was solid for about 2 hours at a time, before he went off on wonderment.

Oh, that wonderment was amazing! We had deep discussions, understood life, and floated among the stars. We felt completely connected, even to the point of communicating telepathically. We felt nature, felt life, felt love. We understood science and math and religion in a whole way. A complete way. We are artists, and felt inspired by the experience. We wrote about the new knowledge we had, and shared the good with as many as we could. We came up with our theory of Self Perpetuation Evolution, and live those rules. And it’s made us better people. We stay true to ourselves, first, then others. We see a more complete picture, because we don’t allow those lies to taint our views. And we are happy.

A lot of people criticize me for being harsh. And they call us “hard”. But the reality is, we’re good friends. To those who live responsibly, who take action, who want to grow and move forward, we are fully supportive. But if you are playing around, running a game, being deceitful, we’re harsh and swift. I do not apologize for this, whining is not allowed. Most see us as strange, odd, even a little scary. But that’s because they have so many lies wrapped into their lives, they only feel comfortable with like-minded people. We offer a mirror to look into. If you don’t like what you see, change it.

We would like to be extremely successful. We would like to have more freedom than we do. But not at the expense of our truth. Because we are happy, we can sleep at night. And we know the people around us are true and honorable.

I don’t share this for others to feel sorry for us, there is nothing to feel sorry for. This was a magical time, a time of light and love, truth and harmony. To be honest, we both want that time back, because it was so incredible. But it changed us. We no longer lie, not even the small ones to make others feel better. If something doesn’t sit with us, we discuss it. If we see someone wrong, we cut them from us. There is too much beauty in this life to surround ourselves with people who just don’t “get it”. We don’t maintain toxic relationships. You have to be true, responsible, and gracious for what you have. Material gain is not important if you compromise yourself. It’s just not worth that.

I don’t suggest others try to get to the point we hit, I don’t even know how to get back there ourselves. But we know living with pure hearts, we’ll get there eventually. And we understand our future, what we are going toward. What we have to look forward to after this life. And it’s exciting!
Posted by RGebbiePhoto at 7:46 PM No comments:

I Creator, a personal journey (Softcover)

I, Creator - S...
a personal journey
By Robert Gebbie Pho...

Check out My Gallery Here


Make a personalized gift at Zazzle.