A culture of lies

A culture of lies
by Robert Gebbie

It can be hard, in modern society, to discern fact from fiction. From false and exaggerated product advertising to political propaganda the truth has become an elusive beast almost impossible to define. We live in an Age where false impressions outweigh reality, and a World that places more value in the appearance than the substance. While science and technology have advanced the human race, overall, is rapidly declining as a species.

It is my opinion that our civilization has become petty and self absorbed. We have discarded ethics and values for self interest and personal gain. We have embraced the outrageous and ridiculous with little consideration for truth or facts. We are choosing short term gratification and glorification without regard for the long term consequences of our choices. We make excuses and try to justify the actions of criminals, while we disrespect the true heroes and defenders of our safety and freedom. The human race has become an embarrassment unto itself as we idolize popular celebrities and ignore those of real virtue and valor. Ignorance reigns supreme in a village of fools where the jester with the most colorful hat rules the flock.

While most individuals can do little to change the masses, they can change and become greater within themselves. Evolution cannot be mandated by laws or force, it must be earned through the struggles, experiences, and understandings of the singular self. Only by growth and enlightenment of individuals will a great and peaceful utopian society ever emerge. It is people themselves who create the environments and cultures in which they live and survive. Maybe, one day, mankind will learn to raise each other up instead of tearing each other down, then and only then will we reverse the current decline of our human species.

Self Perpetuating Evolution Keys to Success Journal
by RGebbiePhoto 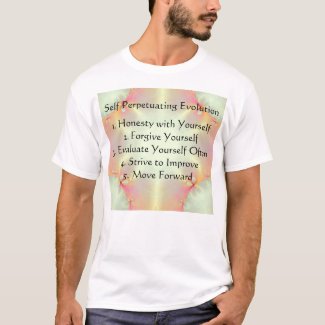 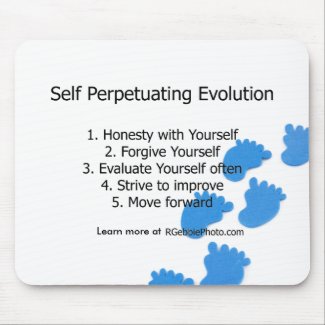 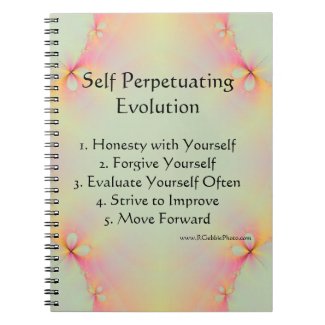 I Creator, a personal journey (Softcover)

I, Creator - S...
a personal journey
By Robert Gebbie Pho...

Check out My Gallery Here


Make a personalized gift at Zazzle.